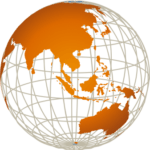 In 2008 (during ICWES14), the formation of APNN was initiated with the goals to

At the Asian Network Workshop in 2009 INWES regional conference in Busan hosted by KWSE, it was decided to hold the 1st Asia and Pacific Nation Network Meeting during ICWES15 (2011).

10th Annual Meeting (October, 24-25, 2020), New Taipei City, Taiwan. Hosted by Twist (flyer). The event was held in both ways-physical and virtual attendance due to COVID-19.

In 2015, at the 5th INWES APNN meeting, the working groups activities were proposed in order to be more active in building the network among APNN members and to develop systematic plans composed by four programs as the following responsible teams:

As a platform for Asian women scientists and engineers to exchange information and policies and current, INWES APNN Meeting is scheduled to be held in a different member country each year, and to have post-conference reports published.

“We, 200 Vietnamese and international delegates from members of the Asia-Pacific Nation Network of Women Engineers and Scientists (INWES-APNN), invited speakers, observers and representatives of the INWES Board of Directors attended the APNN 2018 Conference in Hanoi, Vietnam from 18-20 October 2018 with the theme “Women Scientists for Sustainable Development in the Digital Age”. We unanimously endorsed the Hanoi Declaration to demonstrate the commitment of the INWES-APNN members to strengthening the cooperative relationship, sharing experiences and synergies among the female scientists and engineers. The Asia-Pacific region contributes to the sustainable development of the region and the world, contributing to the achievement of the United Nations’ Sustainable Development Goals (SDGs).